Many states continue to grapple with the effects of falling fuel prices.  Resource-heavy states like Alaska are particularly hard hit.  Even states that do not produce gasoline are being affected.  The lower fuel costs are bringing in less gas tax revenue in some states causing budget deficits.

Taxing gasoline is controlled by the states, not the federal government, allowing states the ability to impose taxes in a variety of different ways. Some states use a flat per gallon tax rate, other states apply gasoline wholesalers a tax on the wholesale price of gas.  This latter method, although seen as a way to keep up with inflation, has been a disaster for those states who have seen gas tax revenues fall alongside the price of oil.

Several states rely on this revenue not only to fund the building and upkeep of their road infrastructure but other programs and needs as well.  The harsh reality is that many states face the prospect of falling short on their budget and funding needs or increasing the gas tax rate.

There are currently 18 states that collect gasoline taxes using this Gross Receipts tax method or a variation thereof, with the other 32 collecting it with a flat tax.

For a more specific state by state list of how much each collects, visit the Tax Foundation online here. 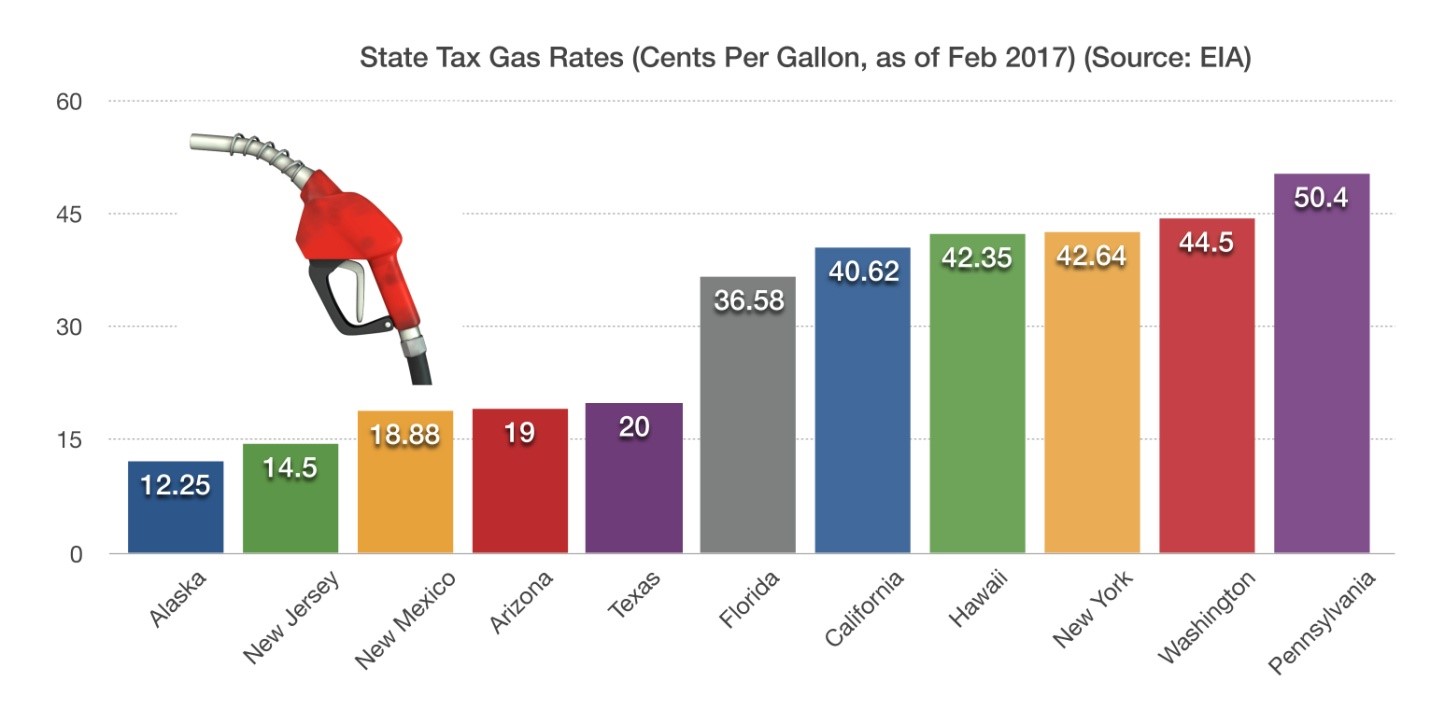